Chris is a father of three children, two cats and one dog. In addition to playing principal trumpet for Salford Symphony, he has also played solo pieces for the orchestra, including playing the Haydn Trumpet Concerto at the Bridgewater Hall.

On the 9th September Chris and his wife Lesley walked/climbed the Inca Trail to raise funds for 3 charities which are dear to them;

SHAP support young people from 16 to 30 who are homeless with not just accommodation but support through difficult circumstances providing them with emotional and practical support. The charity helps them to find a place to live, learn new skills and supports them back into work.

http://www.justgiving.com/LKayINCA2011 (Click on the link to make a donation)

Winston’s Wish helps children and their families who suffer bereavement. The charity’s work focuses on the child and includes study days for professionals who deal with children in their line of work who may not have had specific training on how to deal with a bereaved child.

http://www.justgiving.com/LKayINCA2011WW (Click on the link to make a donation)

St Ann's Hospice improve the quality of life for the terminally ill and their families. It was created in 1971 and is based around Greater Manchester helping around 3,000 people a year. The care is not just for cancer patients but also those with other life limiting illnesses and care is available 24 hours a day 7 days a week.

http://www.justgiving.com/CKayINCA2011StAnns (Click on the link to make a donation)

The Inca Trail is what is left of an extensive road system in South America created by the Inca people.  The road network is based on two north south roads with numerous branches off to the east and west, the most famous part of it being the road to Machu Picchu.

Machu Picchu meaning old peak was re-discovered in 1911 by an archaeologist from Yale University. The general consensus is that the city consisting of palaces, baths, temples and houses was used for ceremonial purposes. One of the city’s primary functions appears to be related to astronomy with the main stone of the sun god being aligned to the two equinoxes in March and September. On these dates the sun casts no shadow around the stone and appears to be sitting on the ceremonial stone. 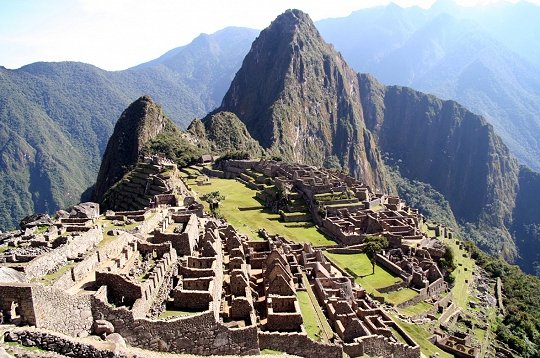 Their empire was larger than most of its European counterparts stretching from what is now central Chile to the present Ecuador-Columbia border spanning most of Peru, Bolivia, Ecuador, northern Chile and north western Argentina. Recent research suggests that although the empire was originally created by The Inca’s winning battles against other tribes, growth then came about by diplomacy encouraging other local tribes to join them pooling resources, experience and ideas.

The Inca Empire ruled this part of the world from about 1438 to 1533 BC. In historical terms their civilisation was fairly short lived being brought to a murderous end by the Spanish conquests. Machu Picchu was invisible from lower down the mountain and so remains intact as it was never discovered by the invading Spanish who destroyed other Inca cities and their sacred stones of the sun god. The Spanish also destroyed the trading routes and much of the road network so that Machu Picchu eventually fell into disuse.

Nowadays the Inca Trail is a holiday destination but it is not for the faint hearted. On one website it is described as a ‘mountainous jungle trek’ taking between 4 to 7 days depending on which route you take. This trek takes you up mountains to over 4200m so being acclimatised to the altitude is essential. 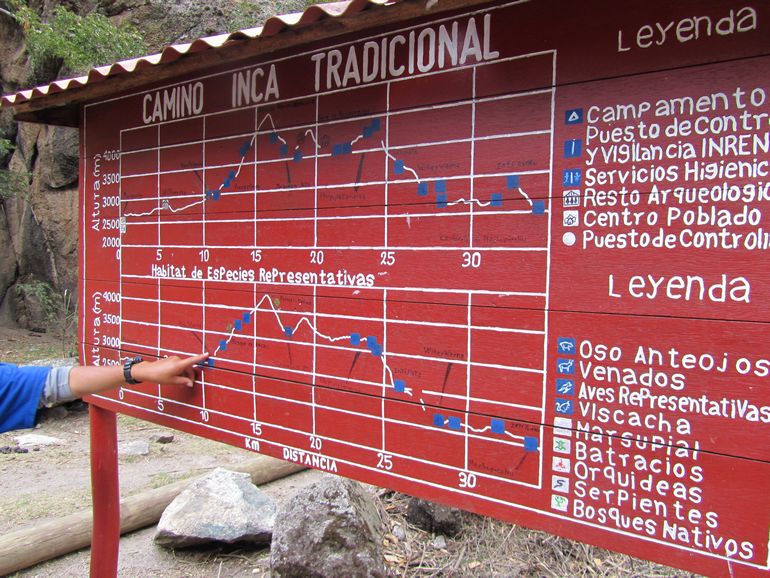 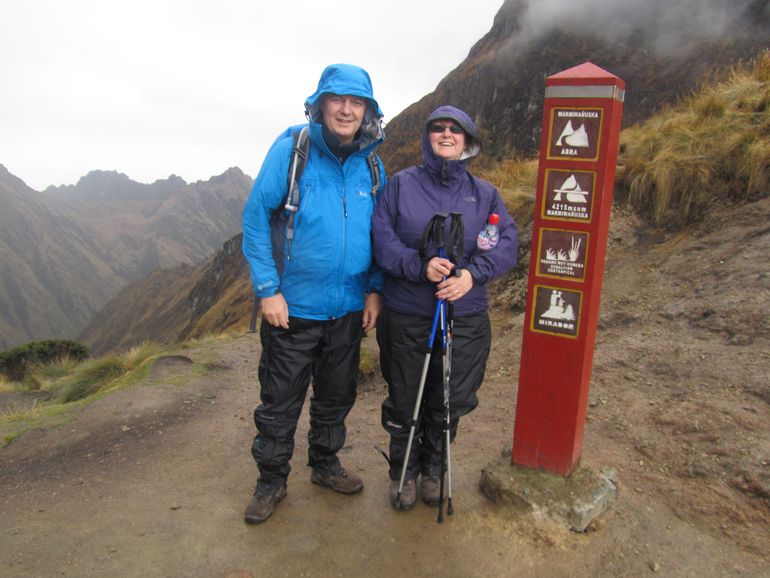 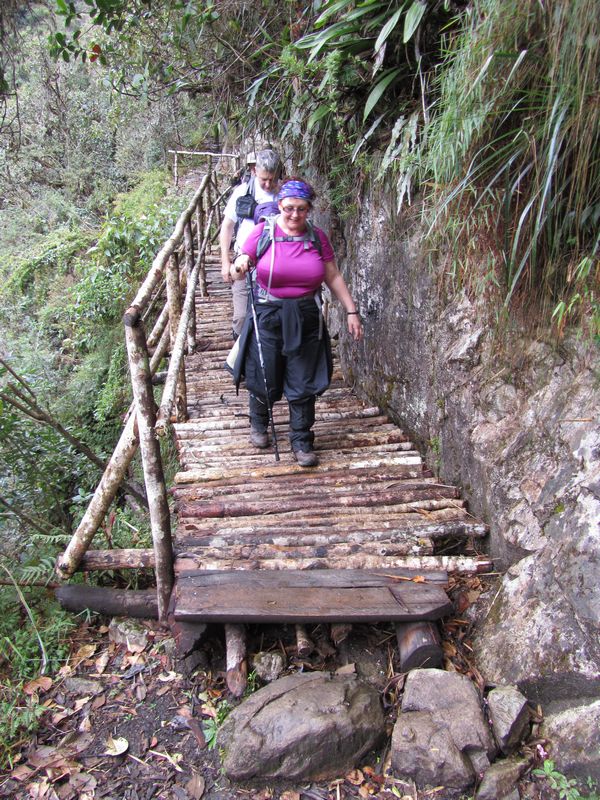 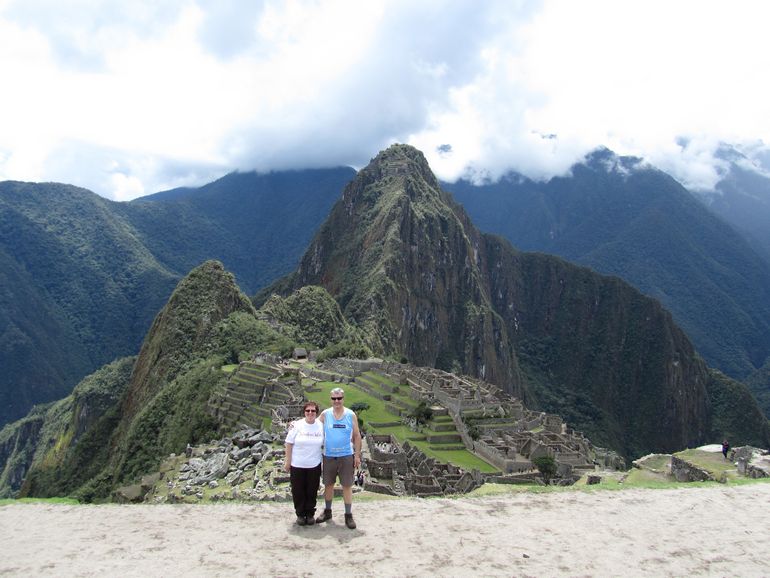